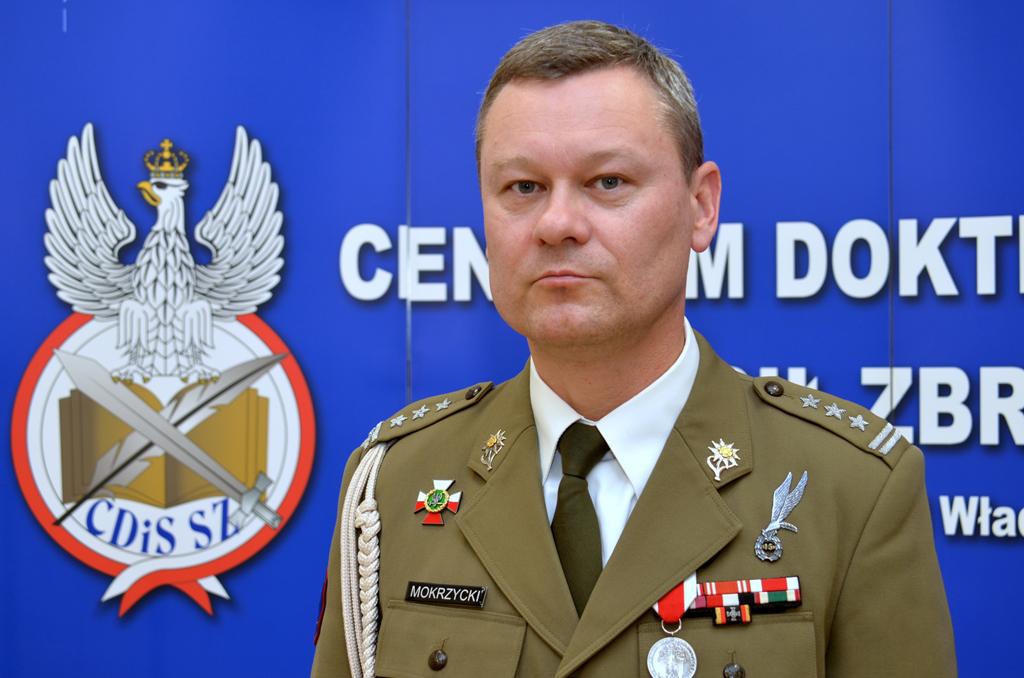 Col. Jarosław MOKRZYCKI started his studies at Mechanized Infantry Officer School in Wrocław in 1989. After graduation in 1993 he was directed to 21. Mountain Infantry Brigade based in Rzeszów where he served as mountain infantry platoon leader. In 1995-1996 as an operational officer he served in the Golan Heights in the UNDOF mission. On his return he was appointed training company commander in Rzeszów.

In 2005-2006 he studied at Joint Forces Staff College in Norfolk (USA). On his return to the country he was appointed Head of the Allied Commitments Planning Branch in the Planning Division, Land Force Command. In 2007-2008 he served in Iraq during the 9th rotation of the Polish Military Contingent as Deputy Chief of Staff in Multinational Division Central-South. On his return he was assigned as Head of the Land Force Commander’s Secretariat and in 2010-2013 he was Head of International Co-operation Division.

In January 2014 Col. Jarosław Mokrzycki assumed the post of Deputy Commander of 21. Mountain Infantry Brigade in Rzeszów which he held until October 2017, in the last year serving as acting Commander. After that he was transferred to the West Division of the Department of Military Foreign Affairs, Ministry of National Defence. On July 2nd, 2018, by the decision of the Minister of National Defence he took up a position of Director of Doctrine and Training Centre of the Polish Armed Forces in Bydgoszcz.

Apart from the above-mentioned studies Col. Jarosław Mokrzycki is also a graduate of postgraduate studies at War Studies University and Kozminski University. He speaks English and Russian. His hobbies include safety engineering, information technology, literature and mountain sports. He is married with one son. 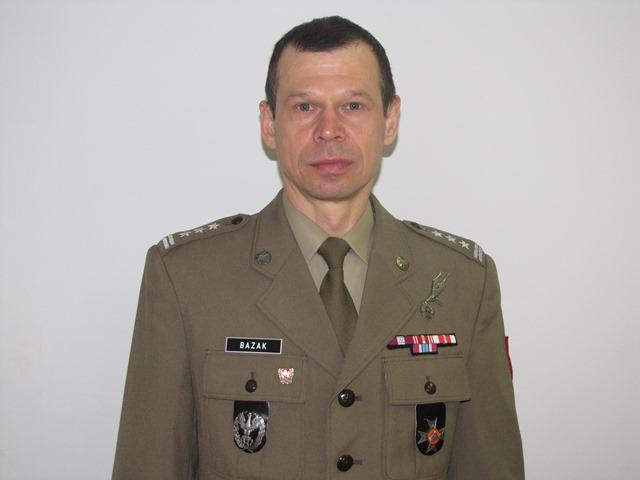 Cezary Bazak was born in 1966. In 1985 he entered the Mechanized Infantry Officers School in Wrocław which he graduated from in 1989.  After graduation he was appointed a platoon leader in 5th Reconnaissance Battalion of 5th Mechanized Division in Gubin. In 1993 he completed an English language course in Canada after which he was assigned as a reconnaissance officer-translator at the 5th Mechanized Division’s command staff.

In 1995-1997 he studied at National Defence University in Warsaw. After graduation he assumed the post of HQ Battalion Commander in 10th Armored Cavalry Brigade in Świętoszów where he served up to 1999. In 1999-2000 he was Chief Operations Officer of the Polish battalion (POLBATT) on the Golan Heights (UNDOF). On his return to the country he served as Chief of S3 in 10th Armored Cavalry Brigade.

In May 2010 he was directed to Doctrine and Training Centre in Bydgoszcz where he took up the position of Deputy Head of Branch and in January 2012 he was appointed Head of Land Forces Doctrine Branch. In December 2019 he assumed the post of Deputy Director – Head of Doctrine Division.

In the meantime Col. Cezary Bazak completed postgraduate studies in crisis management as well as numerous courses - including a course for CFE (Conventional Armed Forces in Europe) inspectors. For years, he has been a permanent national representative to the NATO Military Committee Joint Standardization Board and a member of Allied Operational Doctrines working group. 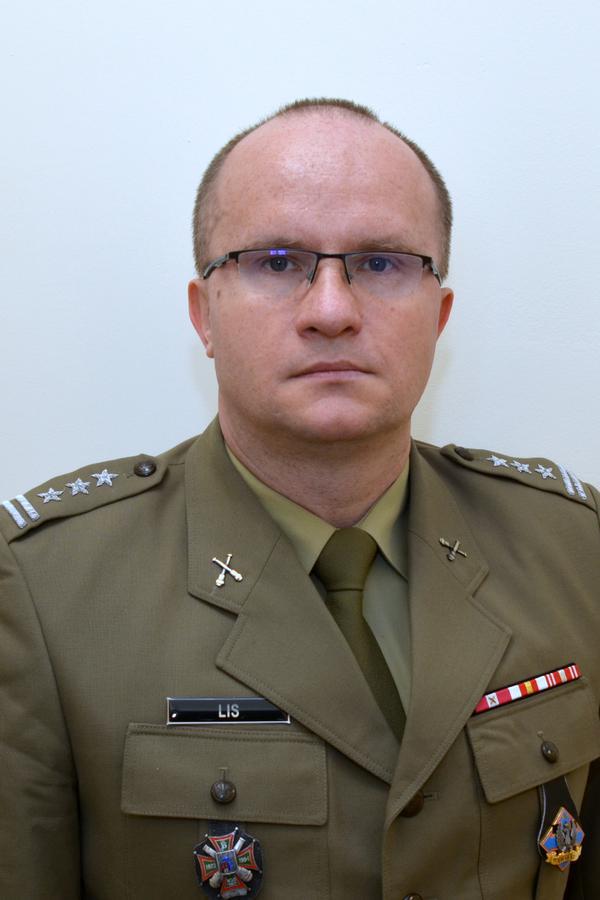 Andrzej Lis was born in 1976 in Lublin. In 1995 he joined the Officer's School in Toruń, which he graduated in 1999. After promotion, he took the position of a platoon leader at the Artillery and Weapons Training Centre.

In 2001, he was directed to the Pomeranian Military District Command in Bydgoszcz, where he served for 6 years as a specialist in the Host Nation Support Division. In 2004 he served as a company commander in the 1st Logistics Brigade. In 2007, he became a press officer - head of the Press Department in the Inspectorate for Armed Forces Support.

In December 2011, he began his service in Doctrine and Training Centre of the Polish Armed Forces. First, he was a senior specialist in Analysis Branch and then a senior specialist and deputy head of Lessons Learned Branch. In March 2018, he became the head of this branch, and in February 2020 he was appointed the DTC Deputy Director - Head of Concept Development and Lessons Learned Division.

Col. Andrzej Lis mastered in Management (2001) at the Nicolaus Copernicus University in Toruń and in English Studies at the Adam Mickiewicz University in Poznań (2013). In 2007, he defended his doctoral thesis in the discipline of management science at the Faculty of Economic Sciences and Management of the Nicolaus Copernicus University. He is also a graduate of postgraduate studies at the National Defense University (2006). He also completed over a dozen courses and trainings at universities and training centers in Poland and abroad (e.g. in the United Kingdom, Germany, France, Sweden and the Czech Republic). He is fluent in English and French.

Col. Andrzej Lis is married and has one son. He is interested in history.