Doctrine and Training Centre of the Polish Armed Forces is an organizational unit authorized to manage operational standardization process in relation to doctrines, doctrinal documents and supplementary publications; in particular to develop  doctrinal documents as well as manage LL process within the Polish Armed Forces and to provide and verify through new solutions experimentation concepts and methods of training. Additionally, DTC PAF  operates to support development  and verification of other concepts. 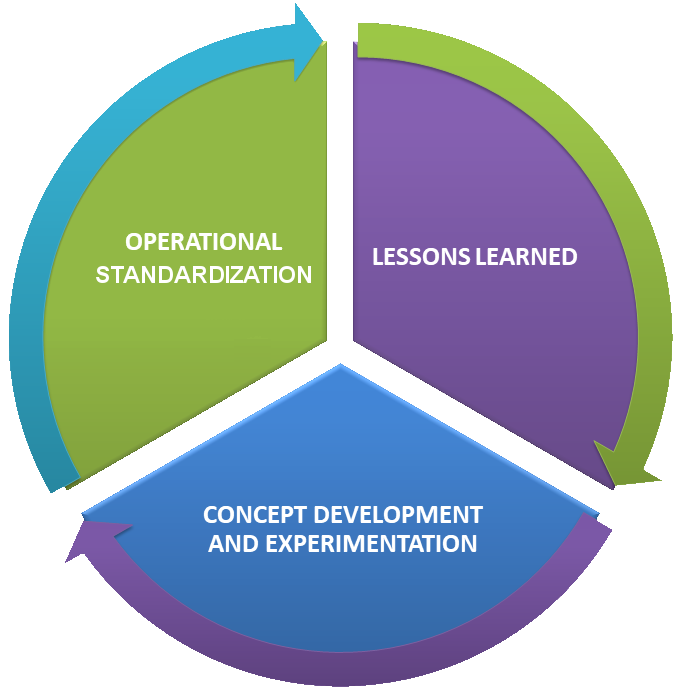 Tasks in the area of

NATO standardization is the development and implementation of concepts, doctrines, procedures and designs in order to achieve and maintain the compatibility, interchangeability or commonality which are necessary to attain the required level of interoperability, or to optimise the use of resources, in the fields of operations, materiel and administration.

[1] Decision no. 311/MON of the Minister of National Defence on 16 November 2016 on the implementation in the National Defence department “The instruction on proceeding with NATO standardization documents”.