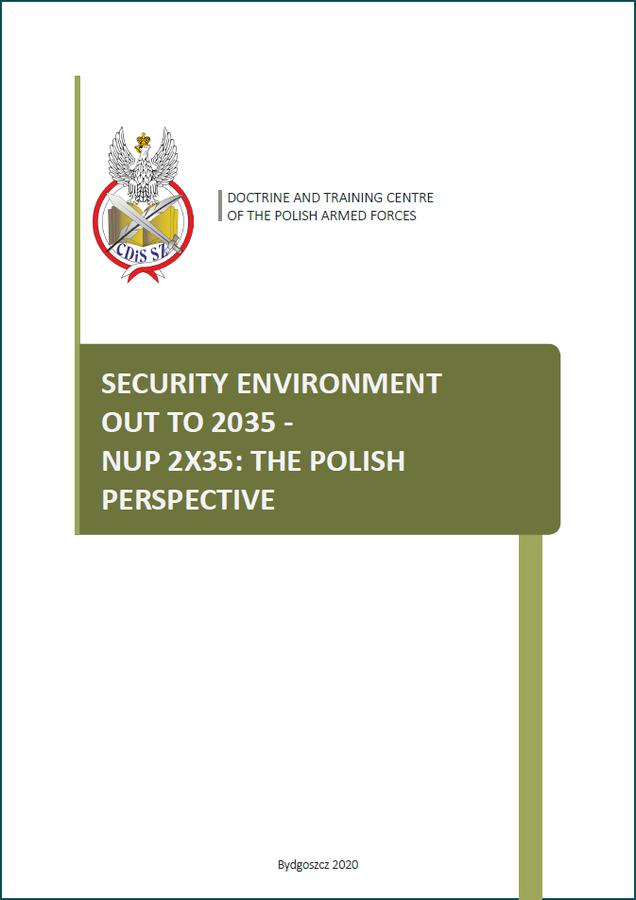 The contemporary security environment is becoming more and more volatile, uncertain, complex and ambiguous. Security and operational environment analyses are conducted both in the NATO command structures and in the armed forces of the Alliance member states. They are aimed at identifying, analyzing and assessing trends, factors and conditions that may affect the multi-faceted security in the Alliance and national context, as well as the way military operations are conducted.

In Poland, analyses and discussions undertaken under the campaign labeled as Nowe Urządzenie Polskie (New Polish Battle Order) NUP 2X35 are a response to the need to understand the changing security environment. The analysis of the future security environment has been conducted by communities of interest grouping military analysts, scholars representing military and civilian universities, and government experts.

The first cycle of analyzes conducted under the umbrella of the NUP 2X35 campaign has resulted in identification and exploration of key trends in the security environment out to 2035, which are significant for Poland and Central and Eastern Europe. Moreover, the resulting implications for the operating environment and the use of armed forces have been defined. This study consists of six chapters corresponding to the themes in the security environment i.e.: geopolitics, economy and natural resources, social changes, urbanization processes, the development of modern technologies and changes in the natural environment.

Entrusting this study to a wide group of readers, we hope that the analyses of the security environment out to 2035 will inspire experts to continue an extensive debate on the challenges for national security, initiated during the NUP 2X35 campaign, and will contribute to the increase of public awareness in this area.